Educating the World for Jesus Christ

A group of pastors in Chile who have completed an intensive 75 hour program and have received certification through our Latin America Northwestern Division, headed by Dr. Patricio Valenzuela. 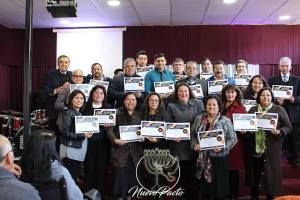 Graduation Ceremony in the Chennai, under the direction of  Bishop Dr. E. Joshua Emmanuel, for Northwestern India.

Graduation Ceremony in the Philippines, under the direction of  Bishop Teodoro Garvida, for Northwestern Philippines. 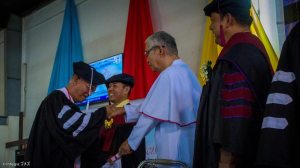 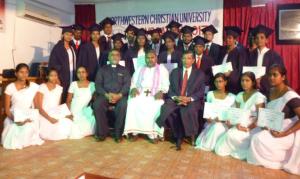 A group of students in an Argentina Northwestern Branch working on their programs under the leadership of Latin America Northwestern Division Director, Dr. Patricio Valenzuela.

Dr. Jefferson Ghauri at his Northwestern Office in Pakistan. Dr. Ghauri is the International Vice President of Northwestern Branch Division. 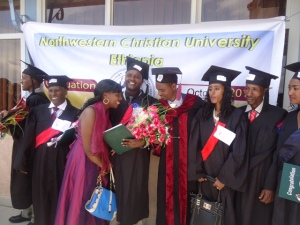 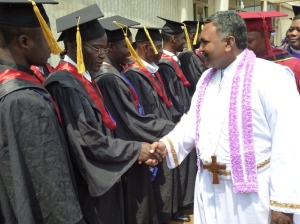 It is the mission of Northwestern to go out into the world and make disciples for Jesus Christ. The visit to the Philippines in June 2010 was met with great anticipation, as Bishop Dr. Samuel Galloza and Bishop Dr. Howard M. Sarkela, traveled from the island of Cebu to the island of Leyte to minister and teach the people in one of our local branches. The Bishops were joined by Bishop Dr. Seth Lagunda (Bishop to the Philippines for WWJC and Branch Director) who also ministered and interpreted during the teaching. 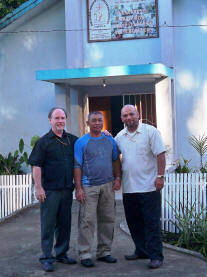 President of the Philippines, Gloria Macapagal-Arroyo received an honorary doctorate degree in Humanities from Northwestern Christian University for her government’s exemplary policy in moral recovery.

On April 27, 2008 the new Northwestern Branch of Neuquen, Argentina began with a class of 30 new students who are preparing for their Bachelor of Theology in Biblical Studies, under the direction of Dr. Patricio Valenzuela, South America International Director for Northwestern.